He said the primary goal of the SVGTA is to promote SVG as a tourism destination. So far, according to Mr. Joseph, the response to the Vincentian booth has been fabulous.

The private sector is also represented by 12 small business operators. Their participation was coordinated by the Centre for Enterprise Development (CED). 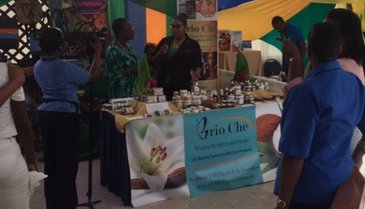 The delegation has representatives in different categories; two in agro-processed goods (gourmet section), two in the craft section, and six in the country booth showcasing health and wellness, jewellery and fashion. Local designers Odini Sutherland, creator of the Peta Odini line, and Kimon Baptiste-St. Rose, Kimmystic Clo. are also representing this country through Caribbean Export.

The two designers are part of 41 regional designers showcasing their creations at Carifesta 2017. Their designs were on display at one of the daily fashion shows held last Sunday, August 20. Both were well received.

CED’s training coordinator Keisha Phillips said that since the opening of the Grand Market on Saturday, at the Lloyd Erskine Sandiford Centre (LESC), there has been a steady flow of Barbadians and other visitors to the Vincentian booths – of which, she is very pleased with the support.

Meanwhile, the Vincentian dance troupe gave a wonderful performance on Saturday evening at the Christ Church Foundation School. The second scheduled performance was postponed to accommodate the opening ceremony, which was rescheduled due to the passage of Tropical Storm Harvey. 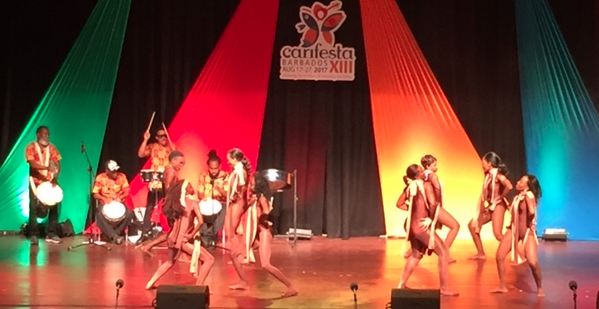 [source: press release from the Agency For Public Information (API)]

Saint Vincent And The Grenadines Celebra...

Business in St. Vincent & the Grenadines

The teams focused their efforts on a few of the highest-value S&OP levers in order to review the current plann...

Developing a strategy and roadmap for cl...

Pharm Ltd. leadership turned to Pear Business to help ensure that the core elements of their supply chain were...

Management of generation changes in busi...

The world is always changing and we are all part of it. Yesterday’s unimaginable things are possible today.

Cabinet (Government) has appointed a Board of Directors to preside over Invest SVG; with members drawn from the public and private sectors. The Board is responsible for policy guidance, strategic planning and ensuring the accountability of the Executive Director.